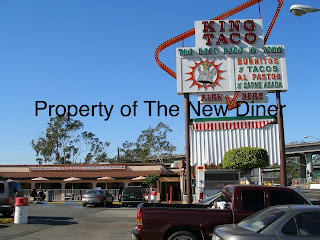 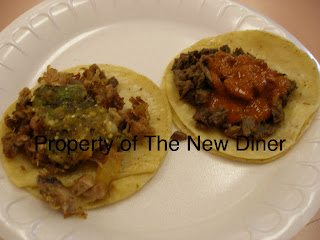 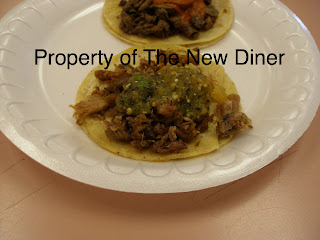 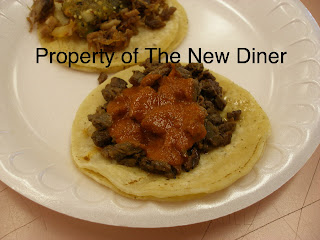 I first became aware of King Taco at Dodger Stadium. They used to make the tacos and I thought they were ok but nothing special. Of coure being sold at the stadium, it was also double the price. So I decided to give King Taco a try. They have tons of locations throughout LA. The Long Beach location was torn down and replaced by El Gallo Giro.

I went to the King Taco on 3rd St and ordered a carnitas and carne asada taco, $1.25 each. The carne asada tasted as though they had been in the warmer too long. Very tough and chewy. It wasn't well marinated either. The salsa added nothing to the taco.

The carnitas wasn't as tough as the carne asada but still not as tender as other places. Again seemed as though they had been in the warmer too long. I'm surprised because there is always a good crowd and it would seem as though they would have a good turnover on food.

Service is decent. It would help if they spoke English or I spoke Spanish. You place your order and a LOUD speaker will call you when your order is ready. But it can take some time for your order to be ready. I much prefer going to El Gallo Giro.
Posted by Johnny Diner at 2:15 PM

About The New Diner

All images, photos, pictures etc are copyright by The New Diner and/or the owner listed with the picture. The images on this site are for on-screen viewing only. All imagines may NOT be copied, reproduced, manipulated, or used in any way for personal or commercial use. That means you people from Yelp, STOP STEALING my photos!!

Updated Reviews: I will go back to restaurants that I have already reviewed. At times, I went back to try another item on the menu, and other times, to get the same meal because I loved it so much. Most of the time, a revisit was worth the trip. But, sadly, I've had to report the quality of the food or service has gone downhill since my last visit.

Moved Restaurants: This means a restaurant has closed down at the listed address in a review, and has moved to another location. If I reviewed the new location, I will post a link on the old location. I will keep this list updated as possible, but, honestly if the restaurants that moved were bad, I'm not going to waste time updating where they moved to.

Closed Restaurants: When a restaurant has the label, Closed, that means the restaurant at the address listed with the review, is now closed. The restaurant may have moved to a new location or changed names.